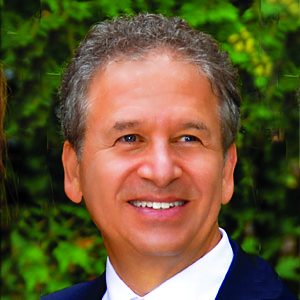 Dr. Ron Linden was born in Toronto and graduated from the University of Toronto’s Faculty of Medicine in 1980.  He started his medical career as a family physician in North York, and joined the medical staff North York General Hospital.   In 1987 he trained in the United States with the NOAA/UHMS course for physicians.  Upon his return to Toronto, he joined the Hyperbaric Department at the Toronto General Hospital, where heprovided hyperbaric medical care at the Toronto General Hospital to patients with decompression sickness, air embolus, carbon monoxide poisoning, radiation injuries from cancer treatments and in particular, chronic, non-healing diabetic leg and foot ulcers that otherwise would result in limb amputation.

In 2018, Dr. Linden was awarded the Governor General’s Meritorious Service Medal (MSM) for “tremendous achievements regarding the treatment of diabetes in Canadians, particularly in the area hyperbaric medicine.

The Royal College of Physicians and Surgeons of Canada recognized Dr. Linden as a specialist in both Hyperbaric and Diving Medicine in 2022, conferring the degree “DRCPSC”.